Another year has passed, and with it much to celebrate despite the challenges that 2020 brought. Particularly, we are delighted to see one of our fireplaces featured in the widely celebrated Hawley House. Dubbed Home of the Year in the 2020 HIA Tasmania Awards and recognised in the $1M-$2M category of the Master Builders Tasmania Awards, Hawley House showcases some of the country’s best architectural talent.

Designed by S. Group and built by Davies Design and Construction, the home sits within the picturesque seaside locale of Hawley, Tasmania. Intended as a welcoming abode for family and friends, the clients desired a home able to incorporate both a sense of privacy and communality. The ground floor boasts multiple bedrooms with personal ensuites, as well as a cosy living/games room. In contrast, the first floor has a more open plan layout, making the most of the property’s magnificent ocean views and sprawling Narawntapu National Park. A focal point of Hawley House is its incorporation of a variety of striking forms and finishes. Composed of various brick, corrugated iron, glass and cement geometric shapes, the building’s external appearance is almost modular. These striking shapes also feature internally, with the home’s aluminium lined windows creating a constellation of framed images. Juxtaposed with these structural elements, the interior design is characterised by softer shapes and materials. Among these carefully curated pieces is the striking elliptical shaped Gyrofocus. Suspended from the ceiling, the fireplace accentuates the home’s ‘flying roof’ which extends out to provide shelter to the second story’s external alfresco area.

Sincere congratulations to S. Group and Davies Design and Construction for creating such an inviting abode. We can’t think of a better way to spend a winter’s day than by the fire of Hawley House, basking in serene ambience.

A true groundbreaker from its inception in 1968, Gyrofocus marks a revolution in fire. The world’s first suspended fireplace, it makes a huge impact in your home or workspace and has been the recipient of numerous design awards during its lifetime. 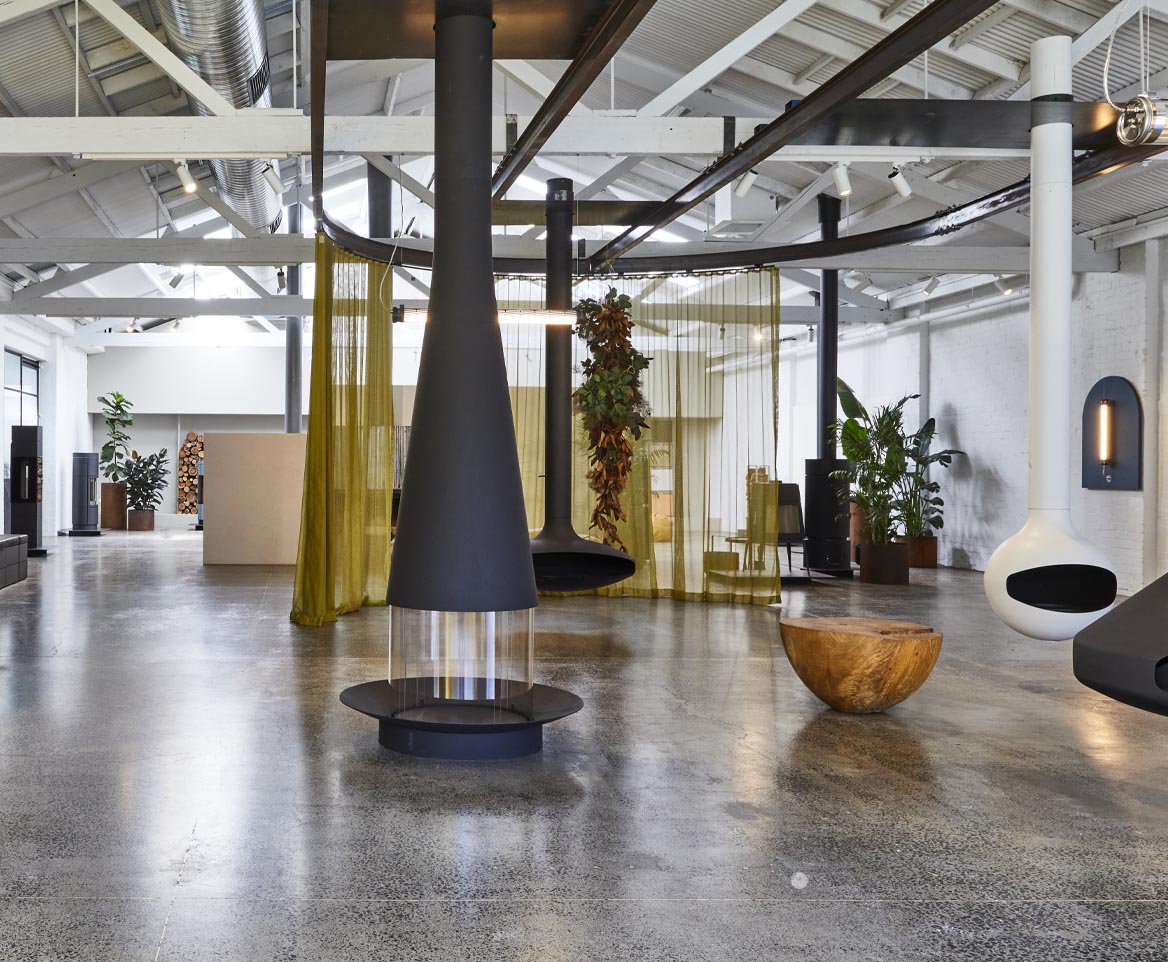